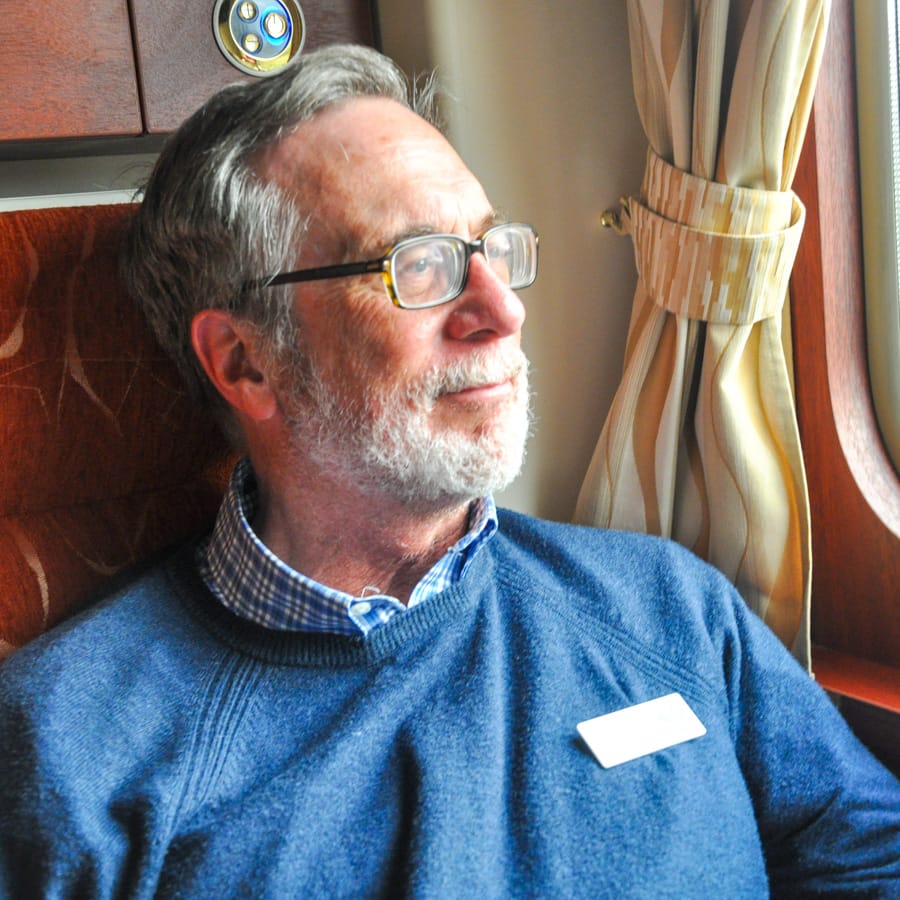 Contact Owen
Rail travel has been my passion for most of my life.

My passion for train travel has taken me to Canada, Mexico, Europe, Russia (I’ve ridden across Siberia six times), India, from Cape Town to Dar es Salaam in Southern Africa, Thailand, Japan, and most recently to Ecuador and Peru.

I have traversed the ancient Silk Road by train from Beijing, through Central Asia, and on to Moscow. We took two private trains, hiked the Great Wall, rode a camel in the Gobi Desert, and toured cities 2,000 years old.

The rail travel bug bit early – I was an exchange student in Germany while at Kalamazoo College and criss-crossed Europe by train. I became fluent in German — and in trains. A stint as a sailor on an old, square-rigged tourist brigantine in the British Virgin Islands expanded my horizons. I learned first-hand what it was like to manage guests on board.

And I’ve never looked back. I founded our company in the corner of our apartment bedroom — expanding to the basement of our house — in 1983. Owning a travel company like ours — specializing in luxe adventure and specifically luxury trains — has been a natural progression. While I love the excitement, glamour and culture of big cities, I’m equally at home in the wilderness – the wilder the better.

Favorite memories from my train travels? Japan is definitely at the top of the list, testing out the brand-new Cruise Train Seven Stars in Kyushu train. I’ve written about this on our blog (blog.irtsociety.com) and have had stories appear in several magazines, including Virtuoso Life.

On our safari in Botswana (after we took the Blue Train), we saw a family of lions – including four rambunctious cubs – devouring an elephant.

And Thailand’s Eastern & Oriental Express was a dream of temples, elephants, and pageantry.

Eleanor and I usually host one group trip a year — and we would love to have you join us. We have hosted river cruises on the Irrawaddy River and on the Amazon, luxury train trips across Siberia, on the Venice Simplon-Orient-Express from Paris to Istanbul, and on the Deccan Odyssey across India. We chartered the Belmond Grand Hibernian and the Seven Stars.

So many trains! So little time!