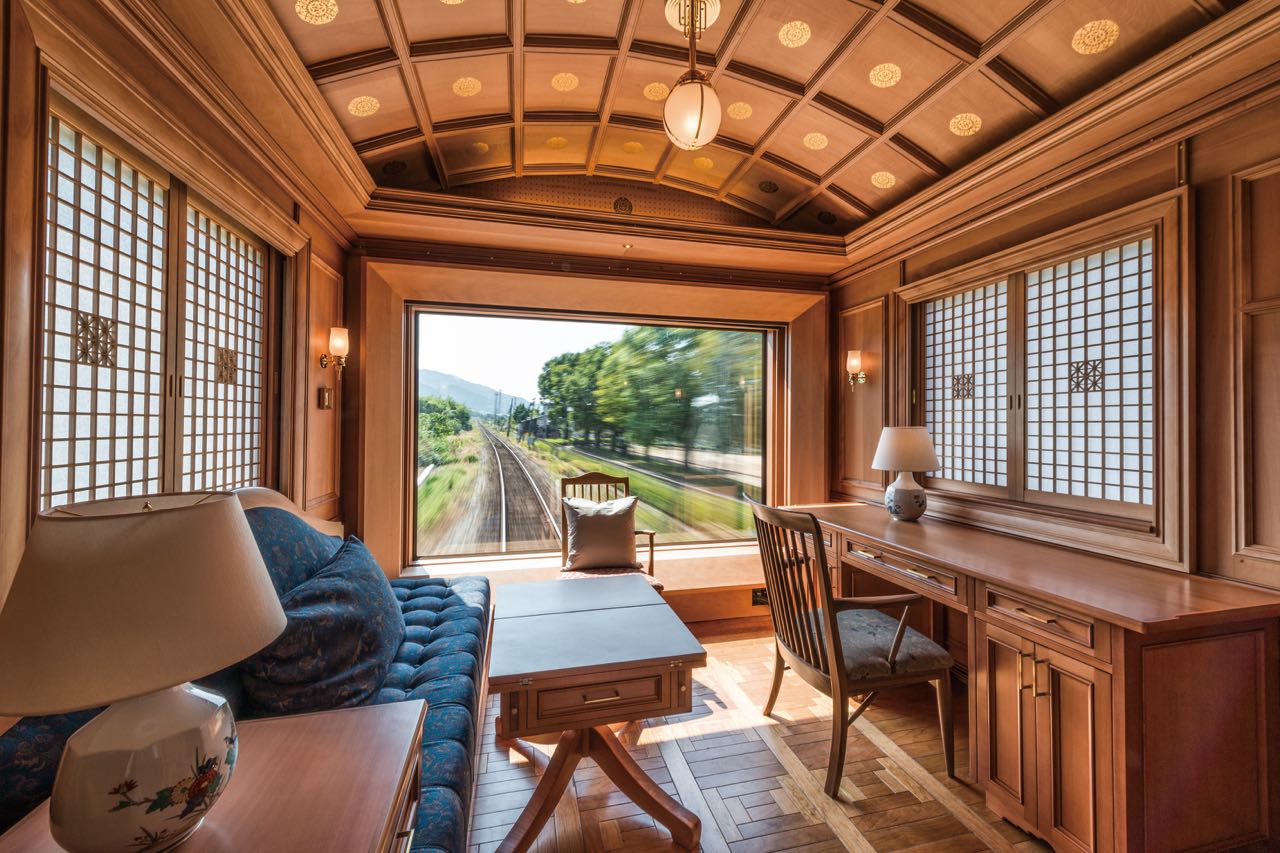 The Society of International Railway Travelers® is proud to announce that the Cruise Train Seven Stars in Kyushu, as it’s officially known, is the first Japanese train to be awarded status as a World’s Top 25 Train.®

We are also proud to announce that The Society of IRT is the first agency/tour operator in the Western Hemisphere to charter the Seven Stars. (See our 2017 tour itinerary here.) And IRT is the first to sign a contract to offer additional dates for our honored travelers.

Operated by JR Kyushu, the Seven Stars began service in  October, 2013. The luxury train was an immediate hit. Space on the train — which accommodates a maximum of 30 guests — routinely sells out many months in advance.

High demand has caused JR Kyushu to hold periodic lotteries to determine who gets to ride the Seven Stars. 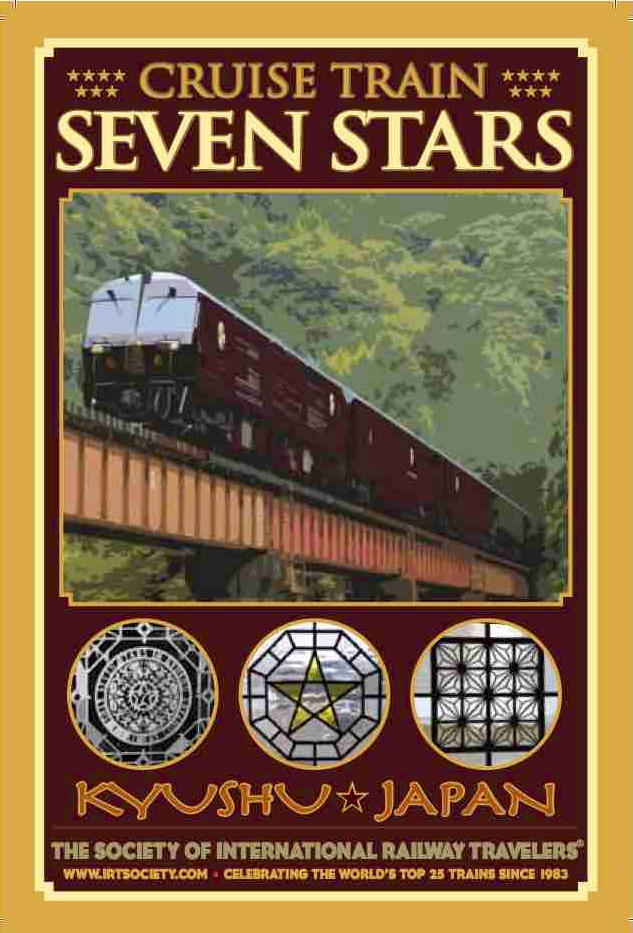 “That’s not a big problem for most Japanese, who are just a bullet train ride or two away” from Fukuoka, Kyushu, where guests board the Seven Stars, said Society of IRT CEO & founder Owen Hardy.

“But basing your travel plans on winning a lottery is unworkable for most travelers from the Western Hemisphere, who need to book flights, hotels, and itineraries months in advance.”

The Society of IRT’s package, conducted in English and accompanied by a professional English-speaking guide, solves this issue beautifully – and takes care of every other conceivable detail along the way. 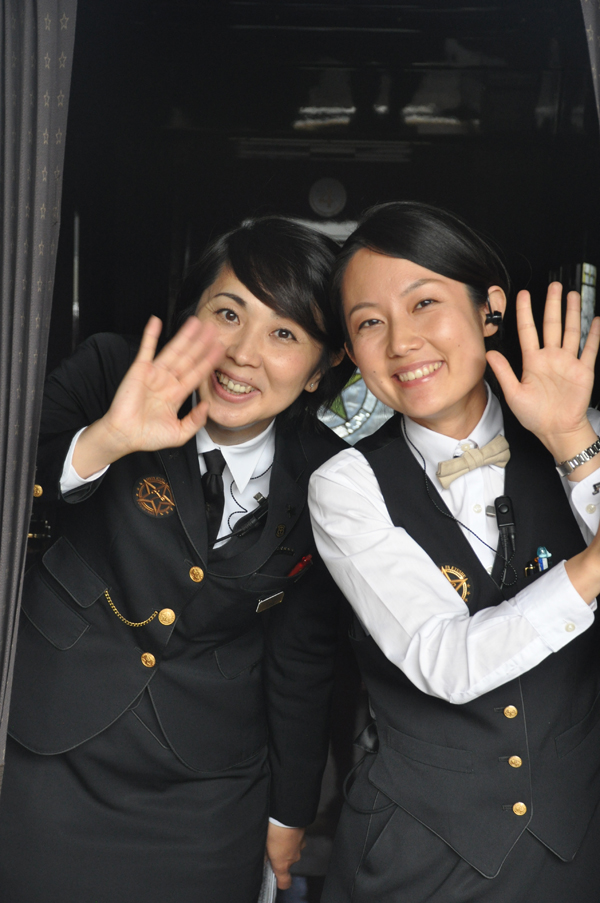 Tokyo, Kyoto, Hiroshima and Hakone. They’ll ride several of Japan’s famed bullet trains. And they’ll ride special trains such as the Odakyu Romance Car, the Yurikamome Train and the Hitoyoshi steam train in Kyushu.  They can also enjoy the fabulous Sweet Train.

The tour’s “grand finale” will be the four-day trip on the Seven Stars, which is the pride of Kyushu, Japan’s southernmost island.

“During my two-day trip in 2015, we were greeted at every station by throngs of smiling locals, waving flags and greeting us like royalty,” Hardy said. “They ranged in age from young children to aged grandparents. Unbelievable!”

Why the hysteria over a train — even a luxury train? 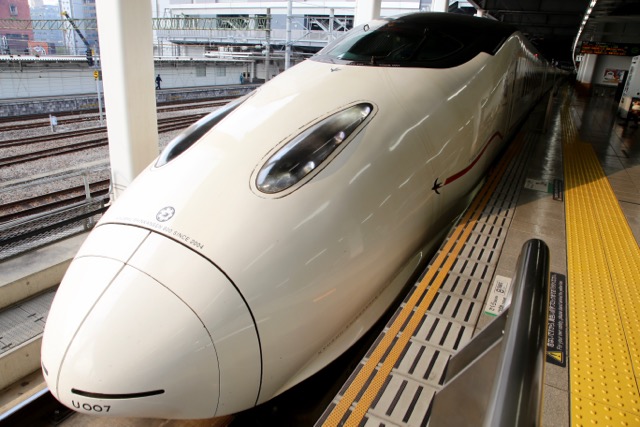 “The Seven Stars is truly a work of art on wheels,“ said Hardy, who test-rode the train in November, 2015.

“Everywhere I turned I saw stunning fabrics, gorgeous glasswork, richly hued posters, shimmering porcelain. Most spectacular of all was the intricate floor-to-ceiling woodwork from a variety of trees of varying colors.

“The cuisine is “as beautiful as it is tasty,” Hardy continued. “And the expert staff exude a combination of Asian elegance and hospitality with genuine warmth.”

The Seven Stars more than deserves its “World’s Top 25 Train®” status, he added, placing it among such luxury rail stars as the Venice Simplon-Orient-Express, the Belmond Royal Scotsman, and the Golden Eagle. 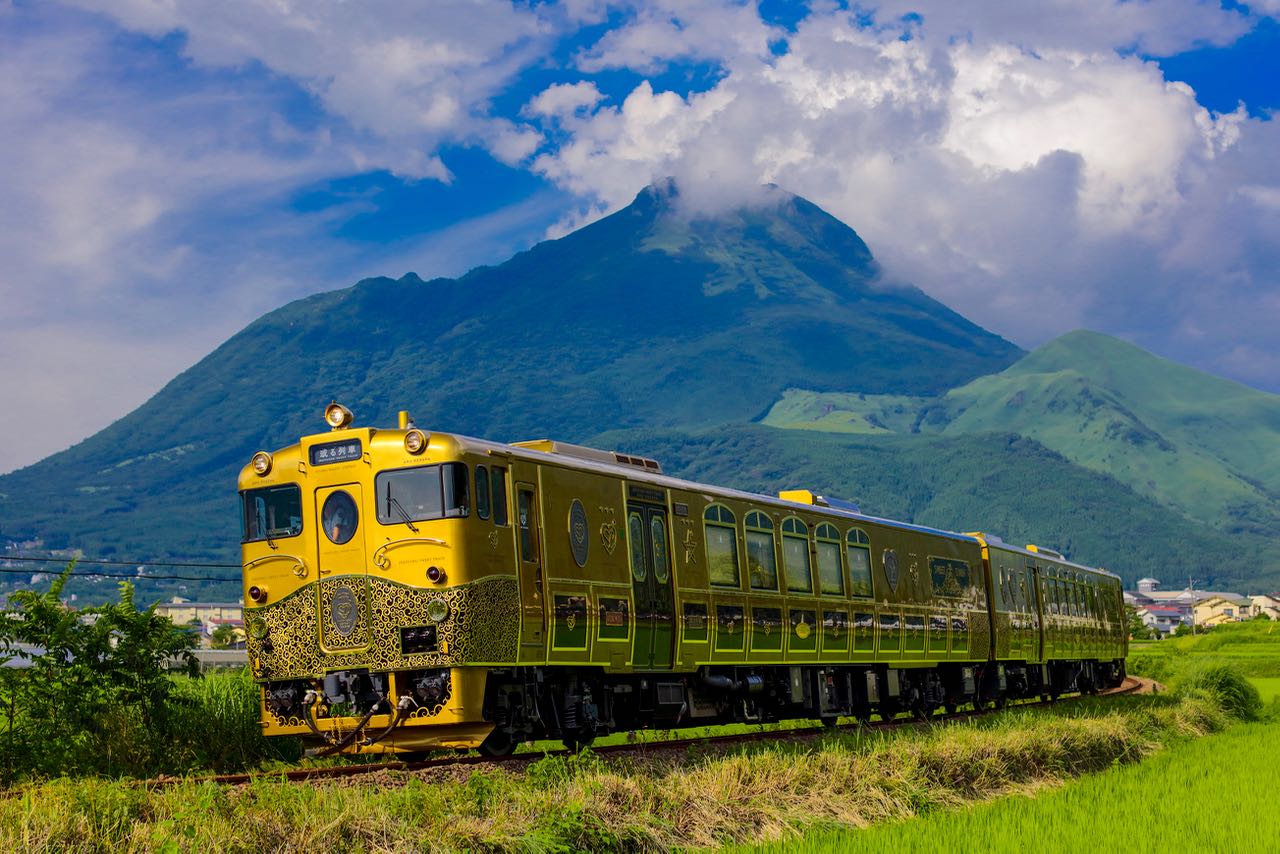 IRT is also holding space on Kyushu’s equally popular Sweet Train, which runs between Sasebo and Nagasaki. Much like its “big sister,” the Seven Stars, the Sweet Train is a delightful amalgam of design, delicious food and impeccable service, Hardy says.

Space on the “Deluxe Rail Journey of Japan” group tour is booking steadily. To download a PDF copy of the itinerary (2.7 MB), click here.  Then contact us: