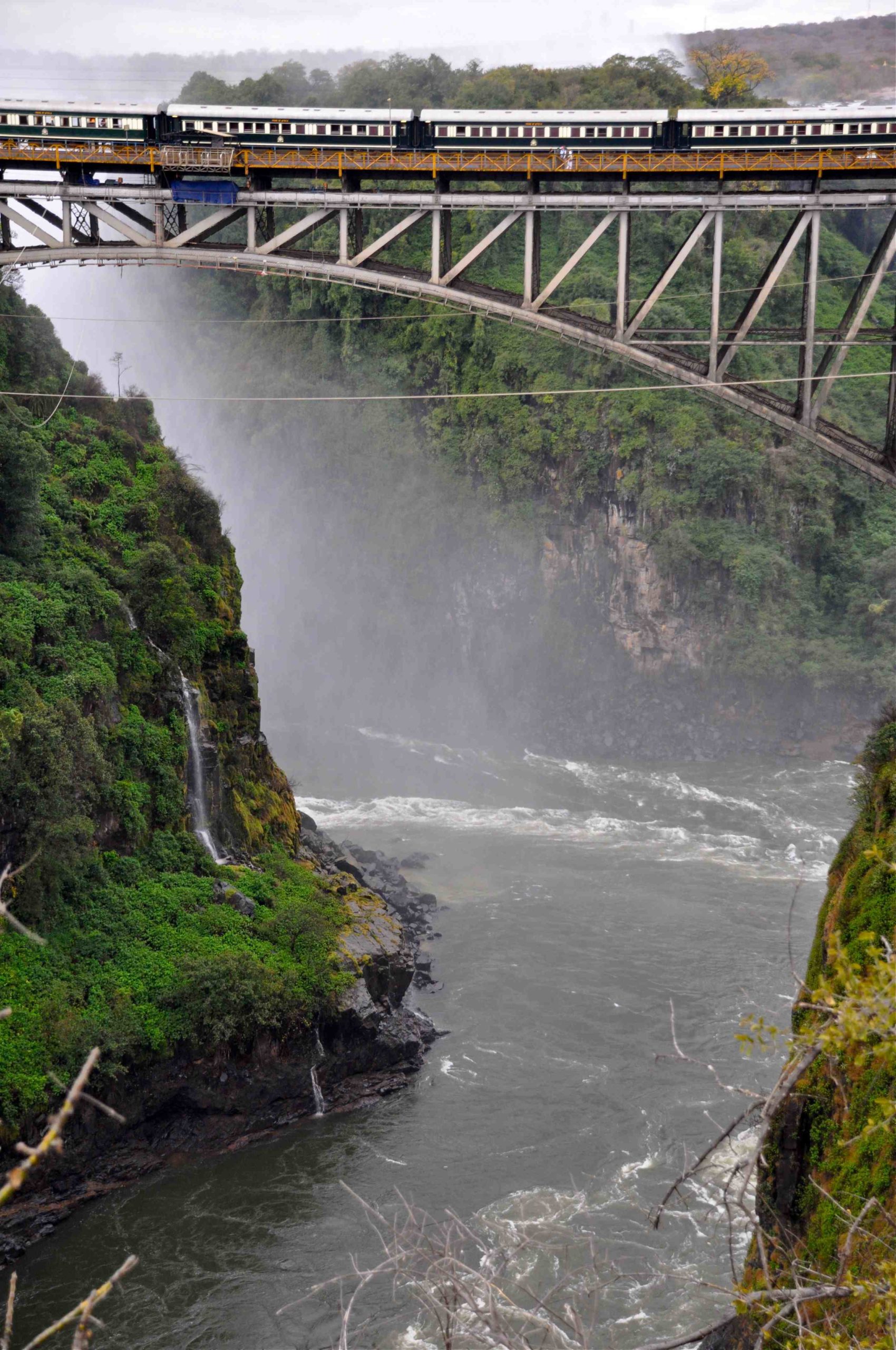 Rovos Rail’s coveted Cape Town – Dar es Salaam tour, normally sold out up to a year in advance, has one Pullman and two Deluxe cabins available on its Sept. 26-Oct. 10 two-week excursion.

“That’s like asking a mother to pick her favorite child. Except in our case, it’s our World’s Top 25 Trains,” Mrs. Hardy says.

But at the risk of hurting her other “children’s” feelings, Mrs. Hardy says Rovos Rail’s Cape to Dar and Dar to Cape journeys stand out for their adventure, excitement and connection with the local people.

“These two-week treks started out being just twice a year – once north, and then south. But they became very popular. People who went on Rovos Rail for just one night or two frequently came back to do the Dar trips – and they came back often,” Mrs. Hardy says.

“There’s even a group of guests who are called ‘Repeat Offenders.’ They’ve traveled on the train many times.”

Now the train has several DAR departures each year, but demand almost always exceeds supply, she says. Except for this fall.

“Life’s too short to hem and haw,” Mrs. Hardy says.

“I’ll never forget the big smiles of our clients on the rear, open-air deck one sunny afternoon, descending the spectacular pass to Mlimba, Tanzania,” Mrs. Hardy says. “One of them said it was the ‘best railroading I’ve ever done in my life.’ ”