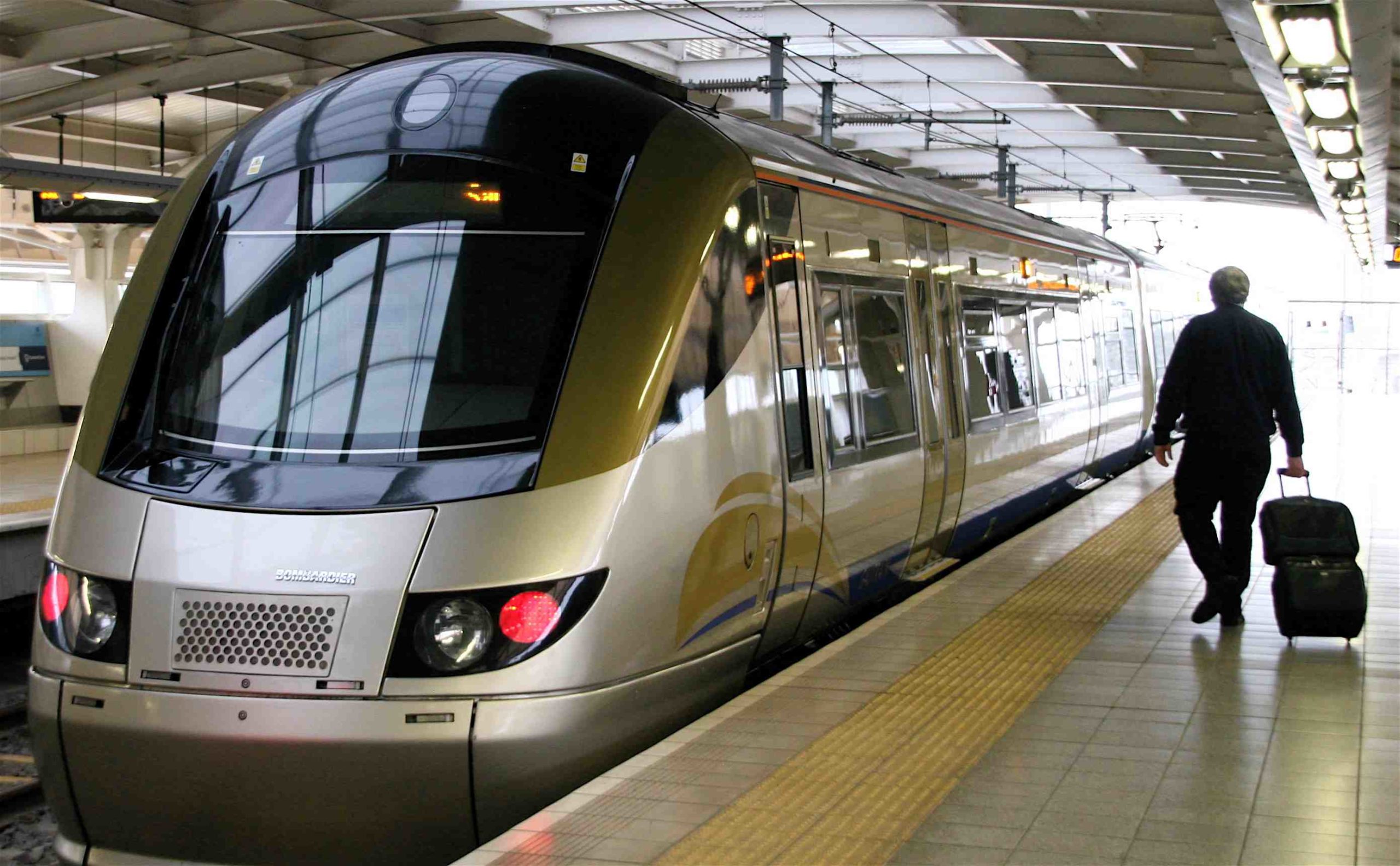 That’s what I learned following my test run of the service a few weeks ago, just prior to joining IRT’s Cape Town – Dar es Salaam Rovos Rail tour.

My trip was from Johannesburg O.R. Tambo Airport to shopping and tourist mecca Sandton City.

It’s easy to buy a Gautrain ticket. And once aboard, I found Gautrain staff to be friendly and helpful.  Security – always a concern in South Africa – was reassuringly visible, both inside the trains and at the stations.

Gautrain opened its doors in June 2010, just in time for the South Africa-hosted FIFA World Cup. The Gautrain’s 12.5-mile route is largely underground and on viaducts. It reaches speeds of up to 100 mph. The Bombardier-designed passenger cars are sleek and comfortable.

The project has not been without controversy, however. The system cost a whopping $4 billion to build; my one-way ticket, at about $18, is far out of the price range of most locals.

Also, the train was built to the North American standard gauge – 4’8 ½”, which is incompatible with South Africa’s 3’6” Cape Gauge. That restricts the possibilities for expansion, although Cape Gauge service from the airport to Pretoria just opened.

For me, however, the Gautrain was ideal. The service was a welcome alternative for air travelers who wish to avoid pricey and time-consuming taxi rides to Sandton City.

And any rail fan would enjoy the ride.