It’s not often you walk into a huge museum in a foreign country and find your great uncle’s story staring back at you.

It happened to me last month.

I was visiting the “Titanic Experience” in Belfast, Northern Ireland with a group of fellow Society of IRT travelers. Belfast, where the doomed “unsinkable” ship was built, was one of the stops on our Belmond Grand Hibernian journey.

My great uncle was Carlos F. Hurd, a reporter for the St. Louis Post-Dispatch, and the journalist who scored “the scoop of the century,” the museum said: he broke the story of the Titanic.

Here’s how it happened:

Uncle Carlos and his wife Katherine were on the steamship Carpathia heading from New York to Europe for a vacation. Before they boarded, they made a friendly call to Charles Chapin, editor of the New York World, sister newspaper of the Post Dispatch, both Pulitzer newspapers.

The Carpathia set sail the same day the Titanic left Ireland. When the tragedy occurred, the Carpathia was first to the rescue.

And Uncle Carlos jumped into action.

He interviewed as many of the survivors as he could. Katherine helped too, interviewing female survivors.

But — wary of bad publicity — the Carpathia’s captain tried everything he could to prevent the story from being told.

He confiscated writing paper. He had their room searched. He ordered that no radio messages be delivered to or from my great uncle or his wife.

Katherine scrounged the ship for paper – even toilet paper. And she had to sit on their notes and hand-written stories in their second-class cabin, because the captain wanted to confiscate them.

But he did not count on having such a tenacious reporter on board.

Even though Uncle Carlos never received the radio messages from his boss or Editor Chapin, he knew what the Pulitzer men would say: “Interview all the survivors you can! Throw your story overboard to our tug in New York harbor.”

And that’s just what happened.

Uncle Carlos’ story ran 5,000 words. Family lore has it that he bundled it up, wrapped it in some kind of waterproof material, stuffed it into a cigar box crammed with champagne corks and secured it with string.

As the Carpathia entered New York harbor, tugboats brimming with newsmen — many shouting through megaphones —swarmed the liner. Among the throng, Uncle Carlos spied Chapin, the New York Pulitzer editor.

With sailors struggling to restrain him, Uncle Carlos pitched his story overboard. But the package fell short, landing in a Carpathia lifeboat. And the crew had been advised not to help reporters in any way.

But one sailor sided with Uncle Carlos and disobeyed orders! As the St. Louis Post-Dispatch reported: “ A Carpathia sailor freed it, and to the cheers of Titanic survivors, tossed it onto Chapin’s tug.”

By the time Uncle Carlos and his wife touched dry land, an abbreviated story in the New York World and the St. Louis Post-Dispatch was already on the streets. And the next day, his complete, 5,000-page report took up three whole pages of the Post-Dispatch.

Uncle Carlos didn’t pull any punches. He bravely reported that the Titanic sped through the night at nearly full speed, that she was woefully short of lifeboats and that many passengers could not believe that disaster had struck. 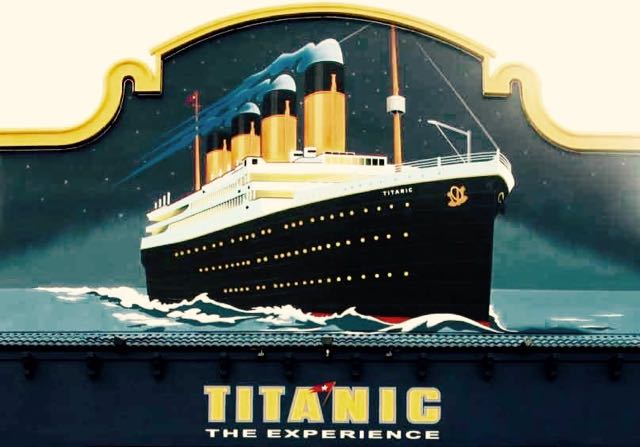 “The glassy sea, the starlit sky, gave them the feeling that there was only some slight mishap,” he wrote, “that those who got in the boats would have a chilly half-hour below, and might be laughed at.”

Uncle Carlos died before I was born – but he lived on in the many stories in my St. Louis, Missouri family. My mother adored him and quoted him constantly. He had a dry wit, sharp intellect and mild manner.

His story is a thriller – and we felt the “Titanic Experience” told it well.

To see a St. Louis Post-Dispatch video on Uncle Carlos and the Titanic, click on the link below: