With the onset of the Biden administration in the USA, one of the biggest shifts in policy was the President’s promise of up to $80 billion for Amtrak, more support than the passenger railroad has seen in decades.

But Western Europe is light years ahead of the Americans.

In recent decades, the Europeans have been ramping up their spending on passenger rail, including sleeping cars, sleek, high-speed trains and luxury trains.

Some of the proposals seem to be just that — ideas that have yet to prove themselves financially (see Midnight Trains, for example, a company which hopes to supplant medium- and long-haul European flights with sleek, stylish sleeper trains, complete with elegant dining and lounge cars).

But others, such as Italy’s Orient Express La Dolce Vita, apparently have the financial muscle to declare that their first luxury train will begin operating next year. 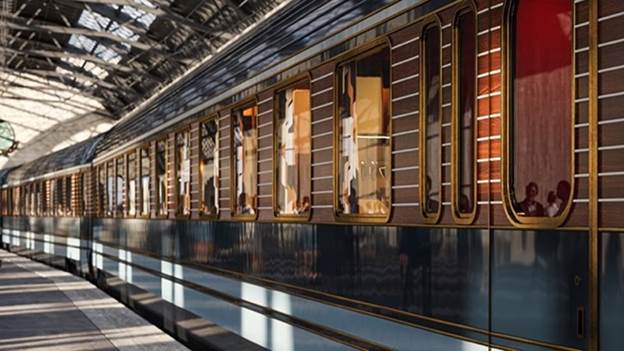 “Renderings of the 11-carriage train, which pays homage to [Italy’s] “La Dolce Vita” period of the 1960s, have been unveiled, revealing a plush interior that looks more like a boutique hotel than a railway car,” according to CNN.

“Orient Express La Dolce Vita is to be made up of six trains, each featuring 12 ‘deluxe cabins,’ 18 suites, an ‘Honor Suite’ and a restaurant carriage offering a ‘five-star dining experience’ including ‘award-winning Italian wines and exclusive haute cuisine,’” CNN says.

The six unique trains will visit 14 Italian regions, three international routes (Paris, Split [Croatia] and Istanbul), using more than 10,000 miles of railway lines. Trips are expected to run between one to three days, and reservations will open this June for travel in 2023. (Email us your interest at Tourdesk@irtsociety.com.)

A partnership of French hospitality group Accor Hotels and the Italian property development company Arsenale is behind the venture.

In addition, Arsenale contracted with the French National Railroads (SNCF) for a 50 percent share of the Orient Express name rights.

In Rome, visitors will be pampered at the first “Orient Express” hotel in Italy, the Hotel Orient Express Minerva, which is scheduled to open in 2024.

But could all this be considered an intrusion on the “turf” of possibly the world’s most authentic luxury train, Belmond’s Venice Simplon-Orient-Express?

Not at all, says Gary Franklin, Vice President, Trains & Cruises at Belmond. “The fact that there are more trains offering this service is great news. 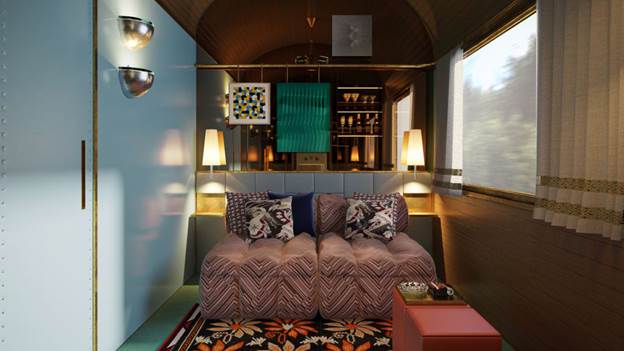 “It brings more publicity and awareness to this mode of travel…and that can only be a good thing.”

Orient-Express La Dolce Vita will not so much compete with Belmond’s superstar as complement it, he says.

“Rail travel in Europe is seeing a massive resurgence,” adds Mr. Franklin. “In particular, there are some really interesting developments in night and sleeper trains — and not just in the luxury end of the market. See, for example, Austria’s Nightjet trains. ”

In that sense, he says, there’s plenty of room for all.

“With its history, pioneering spirit and historic Wagon-Lits carriages, the VSOE will remain at the pinnacle of world luxury rail travel,” Mr. Franklin says.

But Tim Littler, founder and CEO of Golden Eagle Luxury Trains, and one of the world’s first modern luxury train entrepreneurs, is a bit more skeptical.

“La Dolce Vita has some serious money behind it,” he says. “But I still struggle to see how many passengers will want to travel from Rome to Split [Croatia] for what I assume will be similar prices to the VSOE…”

“I can see these trains being serious competition for the VSOE…”

His worry is that if this venture fails, “there will then be six luxury sleeping car trains looking for business on the European market. I hope that they do not intend to launch all six trains” at the same time!”

Meanwhile, one of the possible players in this high-stakes game already has seven vintage luxury railcars stabled in Paris: the French National Railroads (SNCF). 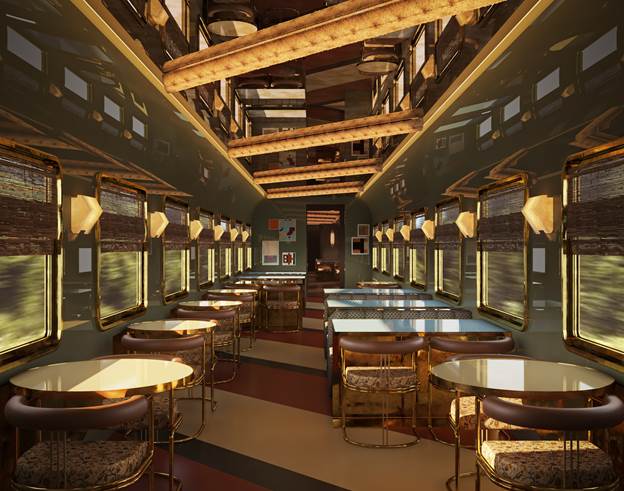 (I say “reportedly,” as I have yet to hear from SNCF confirming that it rents these cars.)

Meanwhile, French luxury conglomerate LVMH, which owns Belmond, is throwing a 250th birthday celebration for one of its most valued products, the fabled — and expensive — champagne Veuve Clicquot.

For most of the guests, the 3-day, 2-night festivities begin June 5 with a private transfer from Paris and a guided tour through Veuve Clicquot’s wine cellars in Reims. Guests then board the VSOE for Venice, where they’ll stay at Belmond’s iconic Cipriani Hotel.

(Grand Suite guests begin a day earlier in Paris, where they’ll enjoy a private transfer to Reims for a night at the exclusive Hotel du Marc, Veuve Cliquot’s private hotel, as well as other exclusive amenities.)