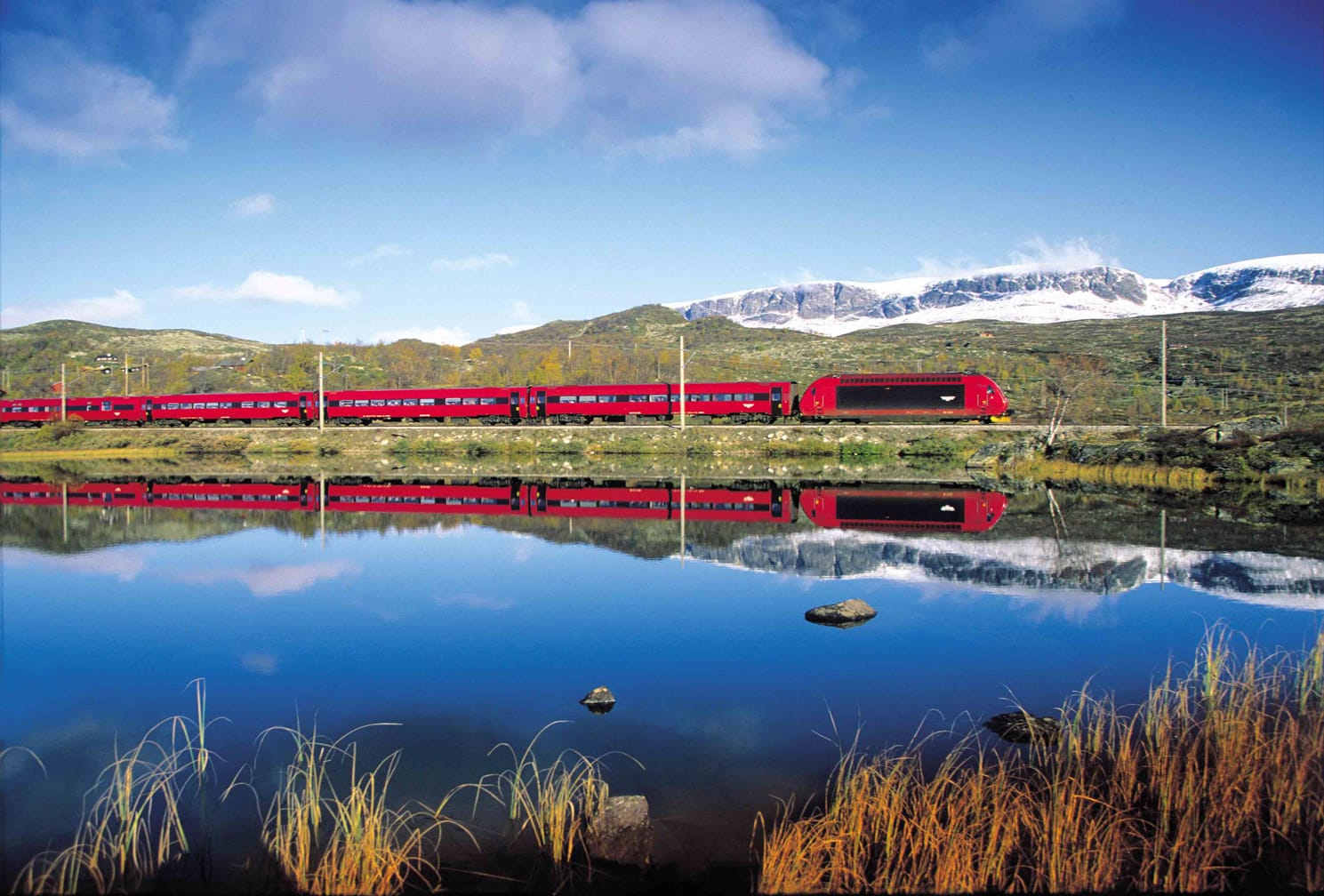 The complete Oslo-Bergen line was opened in 1909 as the only year-round land transport between Norway’s two largest cities. It was electrified in 1964. The 300-mile length of track passes through 200 tunnels and 18 miles of snowsheds in addition to crossing more than 300 bridges. In 2019, the Bergen Railway celebrated its 110th anniversary!

The scenery on the 7-hour Bergen Railway trip across the Hardanger plateau, the largest wilderness area in Europe, is breathtaking. Keep your eyes open for reindeer and other wild animals on what the Eurail Guide calls the “most scenic rail trip in Europe.”

This is a daytime-only train.

No dining service aboard this train.

VIEW ALL JOURNEYS
View All Journeys

When Owen Hardy, founder of The Society of International Railway Travelers, was a college exchange student, he traveled the Bergen-Oslo route with friends and enjoyed it immensely. The views of towering mountains and deep gorges were amazing. Unfortunately, for reasons unknown, he and his friends chose to skip the ride on the Flåm Railway  (another of IRT’s Top 25 Trains). He regrets it to this day. If you do nothing else while you’re in Norway, enjoy the Bergen-Oslo ride, but be sure to interrupt your journey at Flåm for a ride on this incredible railroad.